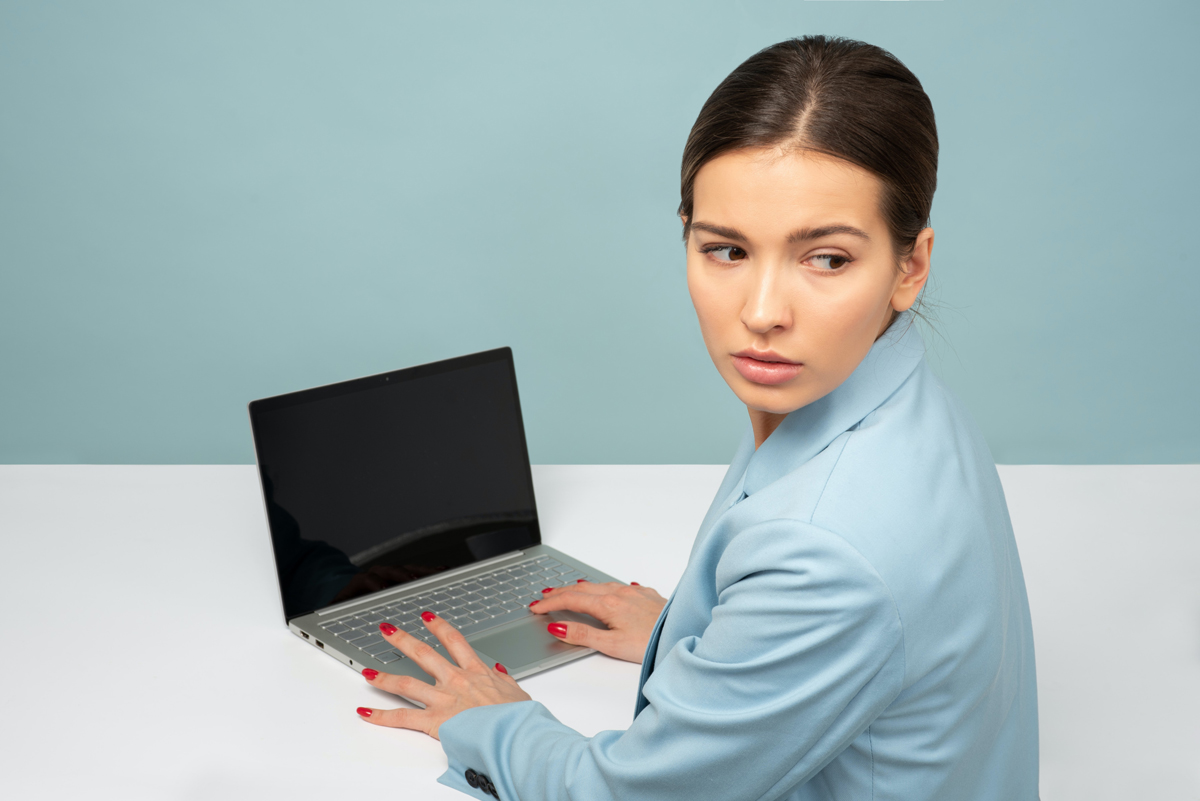 Invoice Fraud – Is your business Protected? What is it worth to you?

April 7th, 2020 Posted by Gobbill Featured, Internet Safety, Payments, Staysmartonline 0 thoughts on “Invoice Fraud – Is your business Protected? What is it worth to you?”
Tags: cybersecurity, fraud, scams, staysafeonline 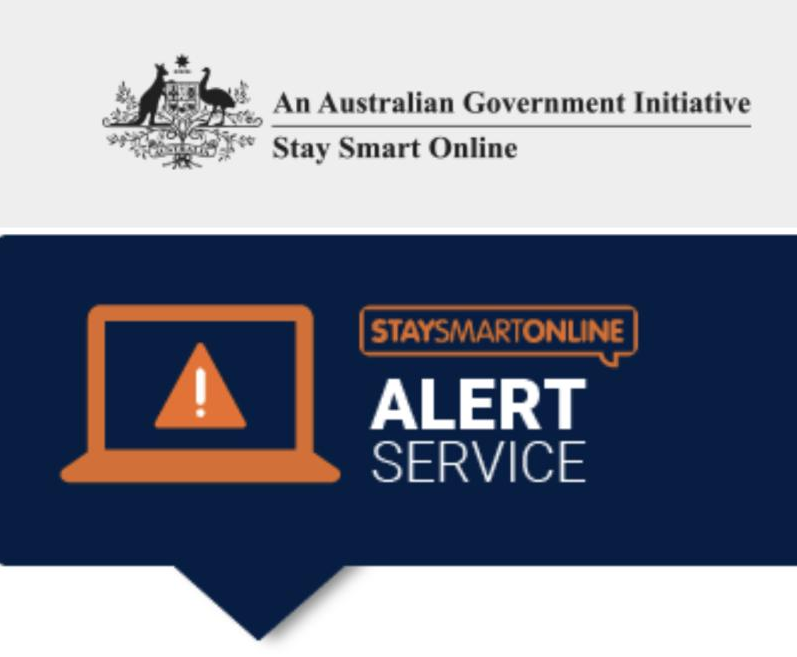 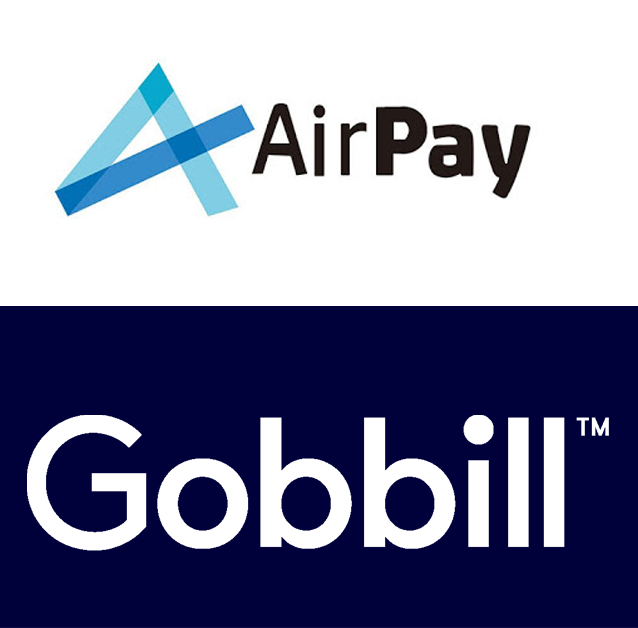 Over one million users will have the capability to pay Australian bills with WeChat Pay and Alipay, with a market-first feature called “ToPay” in popular Chinese media app, Today Australia.

“Chinese sales across retail are down 30-50 per cent this month, and we predict it will be a difficult financial year for many companies. Our next goal is to drive one million Chinese consumers to merchants via the everyday usage of our app” said Tse.

Gobbill CEO and co-founder Shendon Ewans said: “The timing is right to bring the two technologies together to process Chinese payments in Australia. We expect the convenience of making payments through a media app and associated rewards as an advantage.”

The payments function will be enabled by Gobbill as part of the company’s growth into the broader payments sector, particularly in connecting global markets with seamless and secure payments. Using AI automation, Gobbill forensically extracts data from invoices, checks for fraud and executes the payments.

Cybercrime and invoice fraud has increased 7 fold in the last 3 years. UK Financial Conduct Authority (FCA) calls an “epidemic” of 3.8 million fraud cases reported in 2019. FBI is concerned with the issue growing to an estimated $5 trillion in losses by 2024.

Leveraging over 3 years of R&D, Gobbill can pay bills issued from over 40,000 Australian providers. The company is a Microsoft Startup sponsored company, a partner of the Australian Government’s cyber safety initiative, AI partner of Silverpond and member of Stone & Chalk. Gobbill is an Authorised Representative (1261196) of Australian Financial Services Licence Holder (448066). Gobbill’s UK office is based at the Royal Bank & NatWest FinTech Accelerator.

AirPay is FinTech based in Melbourne with offices in Shanghai and Sydney providing one-stop mobile payment and marketing solution for merchants to accept and promote QR payments. AirPay is also integrated with Shopify to allow online retailers to accept Alipay and WeChat Pay seamlessly. The company is invested by SwiftPass Technologies, a wholly owned subsidiary of a China listed company and is a member of FinTech Australia.

Since its establishment on April 29, 2010, the group has been adhering to the business philosophy of “best-looking news and most practical information” and has gradually become the most influential and brand-value composite Chinese media group in the Australian Chinese community. 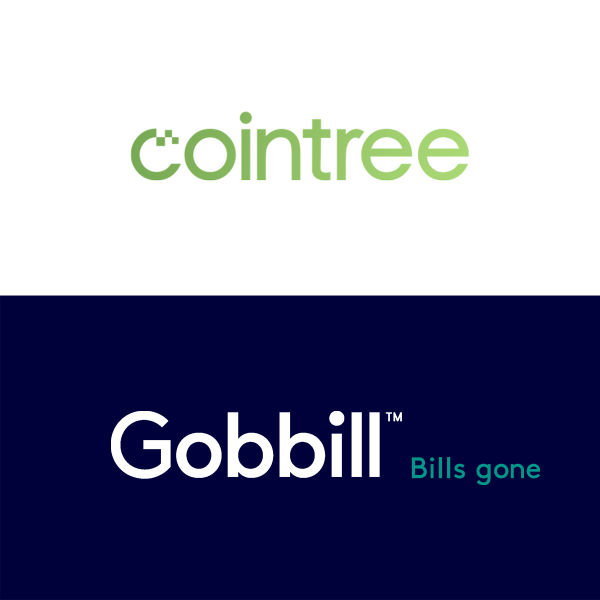 The global alliance will allow users from both platforms to pay household bills using their crypto coins stored in Cointree’s wallet. Cointree’s platform supports a wide range of digital currencies, including Bitcoin, Ethereum, Litecoin and more.

Gobbill’s platform users can also link a crypto wallet in their account and elect to pay their bills either by credit card, bank account or a specified cryptocurrency regardless of whether the biller accepts the desired payment method.

Shendon Ewans, CEO and co-founder of Gobbill, said the partnership would add significant value to customers who were increasingly looking to adopt digital currencies. The partnership aims to enable households and small businesses to easily and safely pay any bill with any coin.

“Digital currencies are becoming mainstream, and our view at Gobbill is to support customer choice and convenience. We anticipate a surge in the number of customers who would like to pay their bills in crypto in the coming years. Our partnership with Cointree will cater to this market and ensure Gobbill continues to remain ahead of the curve when it comes to allowing our users to pay their bills automatically, while knowing they’re protected from fraud and scams,” he said.

“We are excited at Cointree to be partnering with Gobbill,” said Cointree CEO, Shane Stevenson. “This is a great opportunity for both companies to leverage our strengths and enable Australians to pay everyday bills with their choice of digital currencies.”

The announcement comes following Cointree’s launch of a new and refreshed platform and is looking to expand into international markets. The partnership between Gobbill and Cointree supports both companies’ international expansion into new markets. The announcement also builds on Gobbill’s recent partnership announcements with iSignthis (ASX:ISX) for eKYC and payment processing, and wealth management leader myprosperity, which will see Gobbill rolled out broadly to users via white-label agreements in Australia and overseas.

Gobbill has been bootstrapped funded to date and is seeking investment to support its commercial growth.

After two years of R&D, the company launched its automated bill payment process for public use. It is now investing further R&D in AI to help customers easily switch service providers and save money using its One-Click-Switch™ method.

Founded in 2015, Gobbill can pay bills issued from any Australian provider including utilities, telecommunications, council rates, insurance and more. The company is a Microsoft Startup sponsored company, a partner of the Australian Government’s cyber safety initiative, AI partner of Silverpond and member of Stone & Chalk. Gobbill is an Authorised Representative (1261196) of Australian Financial Services Licence Holder (448066).

For further information, see gobbill.com or contact the team at: gobbill@gobbill.com.au

Cointree is one of Australia’s leading digital currency exchanges. It aims to support the widest range of crypto currency coins. Founded in 2013, the Melbourne based company has over 50,000 members and transacted over AU$100m worth in digital currencies. The company focuses on making cryptocurrency trading a simple, quick and secure experience. It achieves this by providing learning recourses and useful trading tools in everyday language, and jargon free to its members.

Cointree is a registered digital currency exchange with AUSTRAC (the Australian Government regulatory and monitoring body for AML/CTF) and a partner of the not-for-profit Blockchain Centre.

Read more about the company at our website cointree.com. 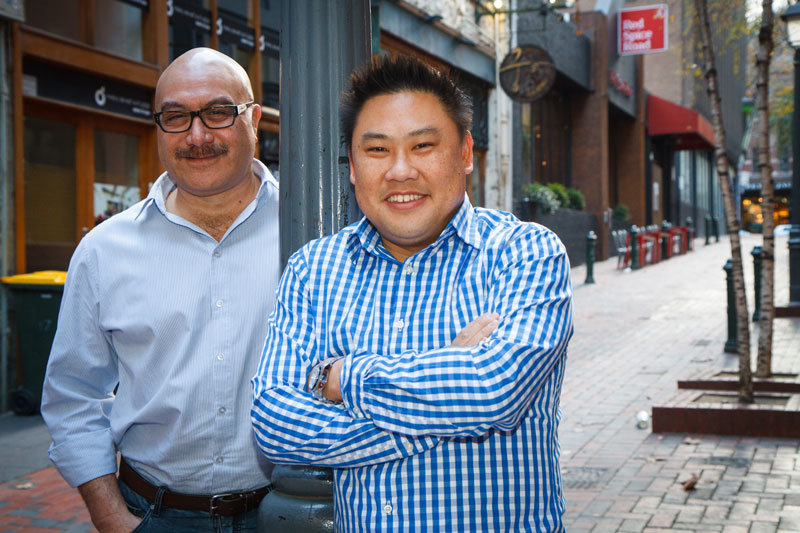 The Australian reports on Gobbill’s two partnership announcements with myprosperity as a distribution partner and iSignthis Ltd (ASX: ISX | DE: TA8) as a global identity and payments provider. We’re all working hard to create better financial solutions that empower our customers; giving them choice and control over their finances. No one likes to be scammed or taken advantaged of when it comes to our finances. Gobbill was started up for Australian families and small businesses to help and protect their finances.

We’ll keep persisting and need your help! Join us (sign up or invest) at https://gobbill.com

Read more in The Australian https://lnkd.in/enD6CJg 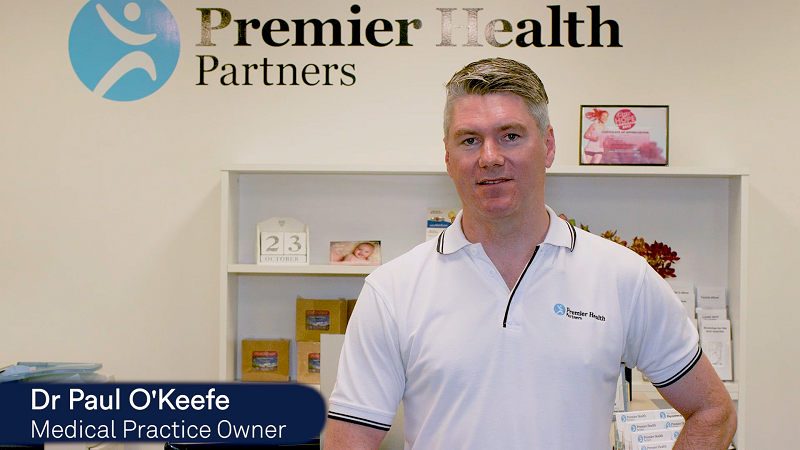 Finding clever ways to accomplish more in a time-pressed business day can be the difference between getting through that endless list of tasks, or not.

Using Gobbill to automate payments is one way.

Manually going through and paying bills can eat into a huge chunk of your week. Which is why businesses are automating payments and using digital tools.

“Throughout the year, Gobbill produces reports that separates GST and categorises bills into accounts, so come quarterly reporting and annual tax reporting seasons, all admin burdens are removed,” he says. Source: Financial Review 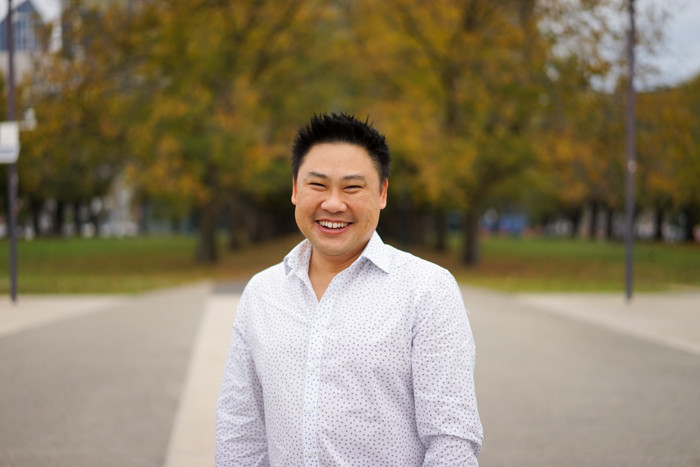 The University of Melbourne – Melbourne Business School interviews 2014 Master of Enterprise graduate Shendon Ewans about making bill payments a breeze. He shares about co-founding Gobbill with Quentin Marsh, his masters degree and management tips. “Have a go. You won’t know until you do. You’d be surprised at how many people are supportive and keen to help.” 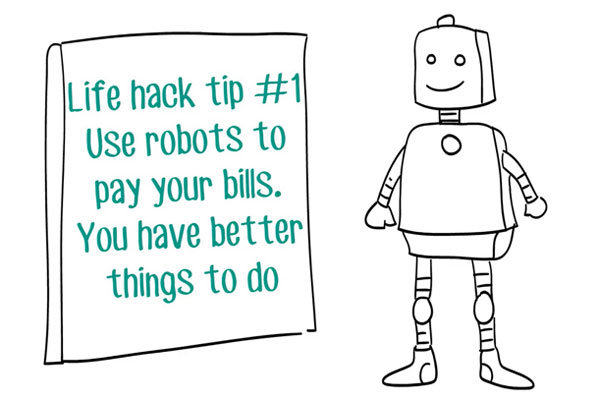 Life Hack Tip #1 – Use robots to pay your bills. You have better things to do

June 5th, 2017 Posted by Gobbill Featured, Financial Management, Gobbill News, Time Management 0 thoughts on “Life Hack Tip #1 – Use robots to pay your bills. You have better things to do”

Our team of software robots love paying bills. Humans have better things to do like watch Netflix and cat videos online. They can even go on holidays, spend time with their family…and much more. Why not flick ’em to Gobbill. Bills gone. Watch Life Hack Tip #1. 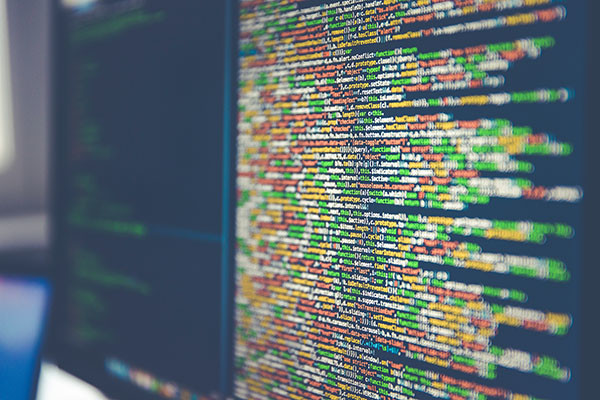 The Australian FinTech site is Australia’s only online space dedicated to promoting and discussing all things FinTech. Whether it be for Personal Finance, Payment Platforms, Apps, Venture Capital, Accelerators or Incubators, Australian FinTech has it covered. See australianfintech.com.au 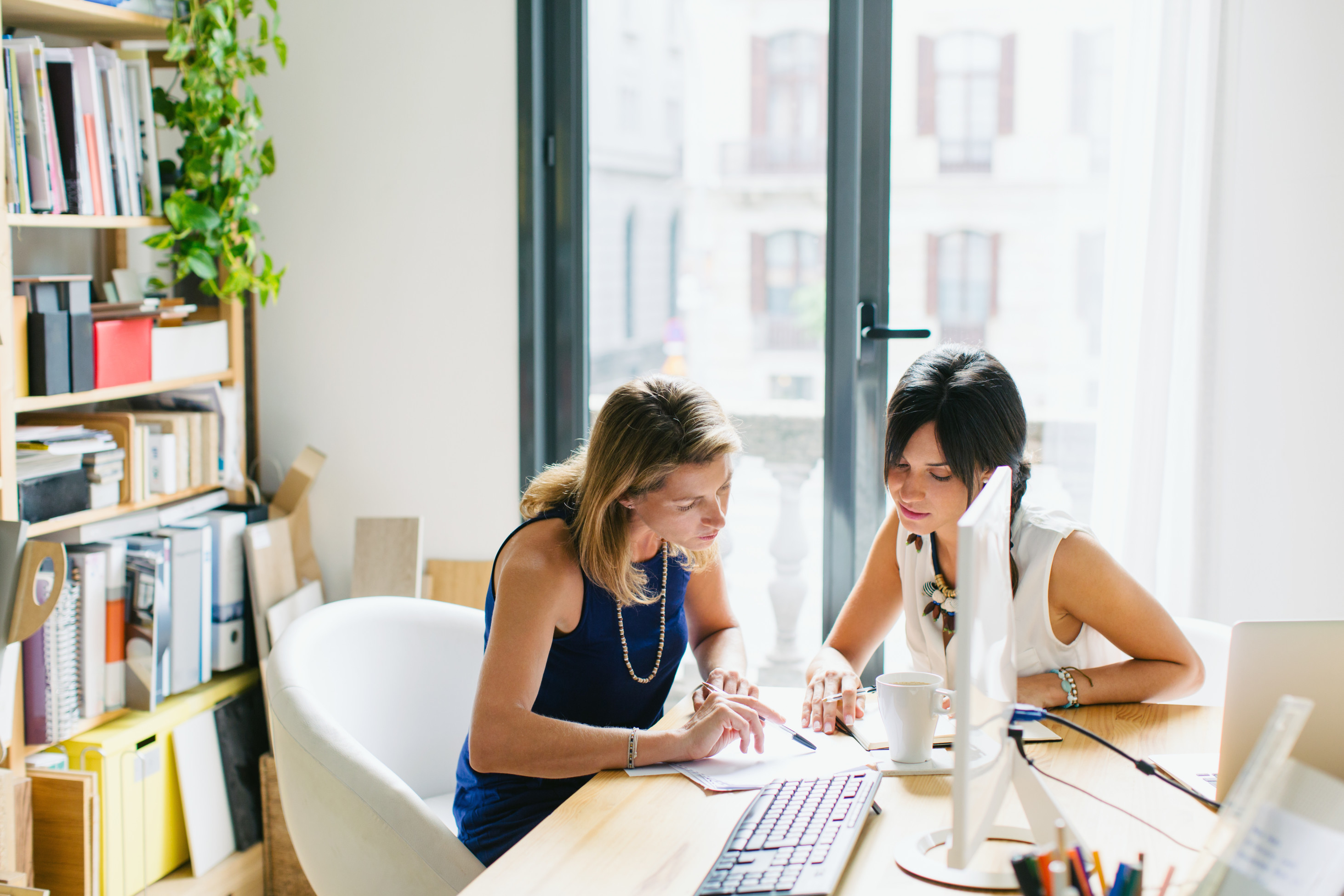 Keeping on top of bills in your email inbox can be a pain. That’s why co-founders Shendon Ewans and Quentin Marsh developed Gobbill, to ease the burden of making online bill payments and remove the need to keep track of multiple bill due dates.

With over 1 year of user testing and product improvements, the innovative app is now available to the public!

How does it work?

Gobbill offers an effective, automated system that makes bills payments for you within one day of the due-date. To add your bill for payment through the system, simply forward your email bill to your Gobbill email address.

Each bill is easily accessible in your online account, which can be categorised by biller or date depending on your requirements. The highly personalised platform can help you keep track of spending, store a record of your payments in preparation for tax time, eliminate the potential for late fees and remove the difficulty associated with notifying billers if you happen to lose a credit or debit card.

Simply visit Gobbill.com and sign up by adding your email address, phone number and card details.

What does it cost?

It’s free to create an account and start using Gobbill! On the free Gobbill plan, you’ll be able to pay 5 bills through the online service a month and link 3 credit or debit cards to your account.

As Gobbill pays bills one day before the due date you’ll avoid late fees and get your pay-on-time discounts, which can be worth hundreds of dollar each year to an average household.

Want to know more?
Check out the easy-to-follow steps in the video below or sign up here.